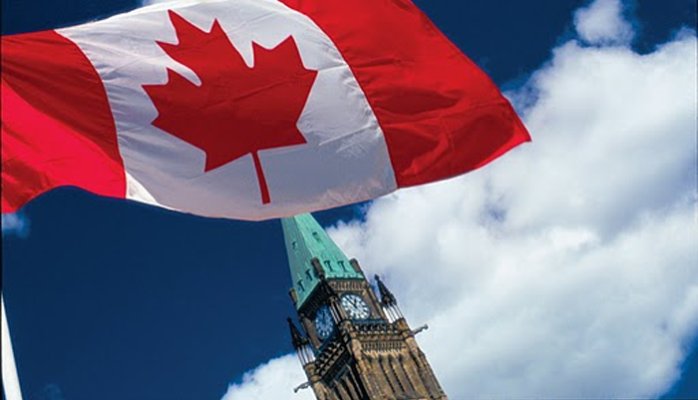 It’s time for the government to update Section 19 of the Tax Act. Section 19 of the Income Tax Act impacts Deduction for Advertising in Periodicals and Broadcasters, and limits tax deductibility for advertising expenditures when not using Canadian publishers or broadcast media. This section was designed to level the playing field back in 1965 (with a minor tweak in 2000) and does not reflect – or include any reference to – online publications or broadcasters.

Note: this post was first published in 2010, “Levelling the Media Industry playing field” but has been updated for recent developments and the Parliamentary Commission into the local news crisis and media concentration

This sector started out being called “New Media” until it encompassed all media that are distributed digitally. With new tools like blogs and content management, as well as evolution of new media formats and technologies that enable many innovative forms of digital broadcasting and publishing to be done online. Even traditional media have added digital streams to better connect with their viewers and readers. No longer in an embryonic phase, online publishers and broadcasters are an important part of the Canadian media and cultural landscape.  It’s time that all Canadian media are given the same tax treatment.

First of all I want to give a few quick credits to those that got me started [in 2010] n this approach: Sara Blue, then a director of industry group Digital Alberta (which I was also involved with for over a decade) who got me involved with Price Waterhouse Coopers’ Digital Compass project (which had 102 participants, offering 30 ideas) and in particular Allan Sawyer  (who passed away on June 8, 2013) who proposed “Implement temporary advertising tax credits to stimulate Canadian-based on-line video distribution”.

My first reaction was to not limit it to just video ads, but then realized there was a broader issue and a much more elegant solution: Instead of creating a bureaucracy doling out money, why not add ONE SENTENCE to the Income Tax Act which becomes self-enforcing (since every tax accountant already knows how the existing rules apply), increases Canadian employment, jobs, and only has an adverse impact on those not paying taxes in Canada!

If Nothing Gets Done….

With the  threatened viability–if not disappearance–of small town & small city broadcasters and newspapers, often the only voice  of a community remaining are online media. But even they need some help to ensure continued viability if we do not wish to blend into the “51st State” because of American entities dominating the online media.

We also estimate the annual loss of Canadian tax revenues in 2010 is estimated to be 300 million dollars, based on an advertising outflow of about $100 million per month.  This revenue loss affects  20,000 jobs in the industry (at $5,000 per month)

It seems the government continues to treat online media as an industry in its infancy, not in the mainstream.

The government satisfies itself with providing Telefilm funding (of $14.3 million annually for the Canada New Media Fund) to help startups and new projects, which does not address commercial viability once completed. This funding for new projects, increases the number of competitors in the marketplace, making the survival of each even more difficult. (Additionally, this funding is concentrated in Quebec, with half of funding designated for Quebec or French language projects, leaving the rest of the country under-served, and after Toronto and Vancouver get the lion’s share of the remainder, not much is left for digital projects for the rest of the country.) This makes it more challenging for digital content developers who must compete with even-better funded American content.)

Helping with revenues is clearly trickier for government, since even a massive bureaucracy would be ill-equipped to “pick favourites”. There are four business models for digital content that have so far stood the test of time:

Most online publishers and broadcasters have found advertising to be strongest, option, with some add-on opportunities from licence fees or referrals.

As traditional media is under greater economic threat, and greater risk of losing viability, how come online media are not given any level of support and/or protection when they are under even greater competitive pressures from very large American online publishers & websites. Online media are fast becoming Canada’s media “voice”, and able to provide news, information, and opinion on a local scale, with both a lower cost and a faster publication turnaround than traditional media cannot match.  Yet online media is under even greater cross-border competition in the online world, threatening the ongoing financial viability of this important local voice.

The government appears to focus on incubation, providing seed money and is doing nothing to shore up revenue opportunities.

About Section 19 of the Income Tax Act

Section 19 is the part of the Income Tax Act that describes the conditions under which a Canadian advertiser may deduct from taxable income the expenses related to advertising in a periodical or a newspaper, and was passed into law in 1965, to protect Canadian magazines from unfair competition from Time Magazine and Sports Illustrated magazines, and to protect near-border Canadian television stations and radio stations from unfair competition from American broadcasters (Toronto-Buffalo, Vancouver-Seattle are the obvious cases) selling ads to Canadian businesses targetting Canadian consumers.

You can deduct expenses for advertising, including ads in Canadian newspapers and on Canadian television and radio stations, as well as any finder’s fee.

You cannot deduct expenses for advertising directed mainly to a Canadian market when you advertise with a foreign broadcaster.

In 2000, following a 1997 decision by the World Trade Organization (WTO), Section 19 was amended to remove the nationality of a magazine nor its place of publication will be the criteria upon which an advertiser’s ability to claim expenses, but based it on the percentage of original content.

However, certain restrictions apply to the amount of the expense you can deduct for advertising in a periodical. If your advertising is directed to a Canadian market and the original editorial content in the issue is

There are a number of web publishers that are (or until recently, were) viable from website advertising. Current market conditions are dropping the price of online ads because of the HUGE economies of scale that US publishers have. These rates are dropped further on a CPM basis because many of the newer Web 2.0 site have high traffic and page views but really low click-throughs. (When’s the last time you clicked on a n ad on Facebook?) The combined effect is the average rates that Canadian websites can charge is dropping, while at the same time their share of totals pages viewed and advertising units is dropping.

We have recently surveyed Canada’s top ad networks (May 2010). There are about a dozen ad networks that sell online display/banner advertising for publishers to advertisers, but their Canadian offices are largely focused on selling ads on their larger US websites rather than on publishers focused on or based in Canada (especially those ad networks based in the US, with just a Toronto sales office).

As well, there are now several thousand interactive agencies and SEO companies that specialize is selling exposure to Canadian consumers to Canadian businesses on US websites. I don’t think that they don’t have an interest in supporting any Canadian publishers, but they are not given the option to support Canadian websites.

Any ad dollars on ad networks and placed on US-owned websites is tax revenue lost to the Canadian government and businesses opportunities taken from Canadian entrepreneurs. The government does not collect taxes directly, does not collect non-resident tax withholdings (which presumably should be deducted by advertisers at source), nor collects any taxes from employment created in Canada by growing websites.

The advertising industry is rapidly shifting to online advertising: (according to Deloitte’s 2010 Technology Predictions, and several iterations since then) As advertisers recognize consumers are spending less time with traditional media and more time online, they will shift their ad dollars. Newspapers will suffer most (and they thought they have suffered enough!). See the chart from MarketingLand.  They are forecasting a 50% growth in online adspend this year, and in the next few years online advertising may account for half of all ad spending. This will also have a significant impact on how ad agencies operate and staff.

Only by recognizing the emergence of online media as a mature sector, can the government not only offset any loss of tax revenue from the shrinking traditional media sectors of television, radio, newspapers, and magazines, but ensure that digital media publishers and broadcasters are viable and sustainable and continue to provide a voice for communities and audiences across Canada.

Updating Section 19 would be easy to implement:

Some online ad networks will have to feature more Canadian properties and acknowledge that some ads on US websites may not be tax-deductible, and add one field to their traffic/billing reports, so each advertiser’s tax preparer or accountant can account for online advertising.

Cross-border websites like Google, with their AdSense/AdWeb advertising network would add a checkbox following the geo-targetting option on their sign-up page to ask, ”if targeting Canadians, do you wish to run your ad on only Canadian websites, for full tax destructibility under Section 19 of the Income Tax Act?”

By changing the Income Tax Act, we provide support for thousands of small websites across Canada, with no additional bureaucracy or administration. It would increase Canadian employment in an important sector (and increase tax collection revenues), simply by stemming a flood of money leaving Canada untaxed.

Accountants across Canada (and their clients) are already familiar with Section 19 since it has been in force for the past 50 years. It would also afford traditional media companies the same protection for their increasingly important online media that their print and broadcast media already have, improving their sustainability.

This has a significant impact on the revenues and employment of a wide range of Canadian on line publishers, with little impact on Canadian advertisers (since it is mostly paid for on a click-through or “success” basis).

Our New Year's newsletter sent to regular businesses: Let’s look back at 2018 & What EVERY…

Yes, we’ve updated our TransCanadaHighway.com travel information website, used by travellers in, around, and across Canada to…

Virtual Travel across Canada This an introduction to using virtual travel, using a variety of…